Set in 1965, The Morning Side is James G. Brown's debut novel and the first in a four-book series following two men's journeys from their Blue Ridge mountain homes into the world.

In the shadow of the Virginia Blue Ridge Mountains, two young men confront their heritage as they explore their futures.

Jerry Fletcher is the only son of a family evicted from the mountains to make way for the Shenandoah National Park. His path seemed set by family history and the comfort he finds in the mountains. But fate and war will take him away from home.

David Williams is the eldest son of a local fundamentalist preacher. His future seemed set but experiences guide him down a path that differs from his father's expectations. He must reconcile his changing worldview with the values he holds dear. 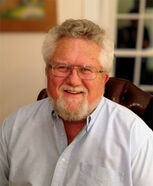 “He liked being around girls. Their fragrance could mesmerize him, their touch would comfort him or put a twist in his gut. But he was always afraid of saying the wrong thing or behaving in a way that put them off. They somehow knew what was right in a given situation, so when they didn't respond to him the way he wished, it meant he was doing something wrong. He put girls on a pedestal and drifted around it's base in an emotional Never-Never Land, not knowing what he wanted or how to get it.”

James G. Brown was born in Ottawa Canada in 1945 and grew up in rural Eastern Ontario.  He moved to the Washington D.C. area in 1971 to join the World Bank and has lived in Virginia since that time, raising two children who now serve their adopted country in the military and in education.  He has six grandchildren living in Virginia, Georgia, and Texas.

From his work in the remote Canadian North during the summers of his college years, Brown went on to a career in economic development in which, over the course of 43 years, he traveled and worked in 59 countries, including significant blocks of time in India as well as the Philippines and other parts of South-East Asia where portions of the Two Roads Home novels are set.

Living with a view of the Blue Ridge Mountains his attachment to rural Virginia has become a counterpoint to the breadth and diversity of his global travels and in Two Roads Home series he explores that relationship through the journeys of two young men whose very different lives begin in the shadow of the Blue Ridge.

Mr. Brown has published three books in the field of rural economic development and a number of local newspaper articles on life in rural Virginia.  The Two Roads Home Series is James G. Browns successful foray into fiction writing. 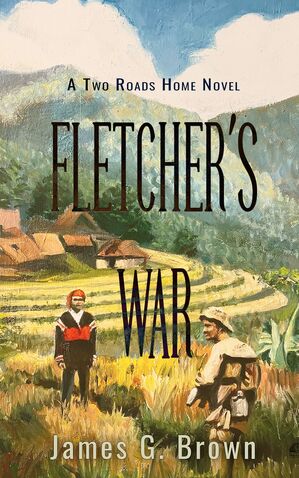 Fletcher’s War is a historical fiction novel following an 18-year-old man from the Virginia Blue Ridge through a personal journey in Vietnam finding kindred spirit with the Montagnard People and a missionary pastor while he struggles to fit into his role as an airborne, Long Range Reconnaissance Patrol soldier.

He punched his ticket to Vietnam when his temper got the better of him in a high school fight. Now, confronted with a clash between his own values and the reality of a war he didn’t choose, Jerry’s actions will once again determine his future.